The spectacular stepped growth formation of the Bismuth Crystal with its strongly defined geometry, repetitive form and light reflecting qualities became our inspiration for the Crystal Club Perth. Influenced by Carlo Scarpa, the iconic Italian architect (1906-1978) who noted of his famous 5.5cm repeating scale ‘This motif which seemed like nothing special is actually rich in expressive scope and movement’.

Through bisecting the space with a colonnaded walkway, with large-scale pivoting room dividers, stepped columns, and a tiered bulkhead, the broad gestures of repetition define the space. We lit these sections carefully to enhance their three-dimensional qualities and intensify their natural shadowing.

And this play of light and shade, which brings much of the diverse character to the space, is facilitated by the inventive use of mirrors. By day the room is light and bright with a sense of reflected surfaces and unexpected angles but as dusk falls and night approaches, the mirrors combine with the lighting system which follows the edges of the internal architecture, to create what North describes as ‘this weird other dimension which is also quite powerful’.

This stepped motif finds a variety of forms elsewhere in the space: the ziggurat of timber planes sandwiched between marble to form the sculptural reception desk, the mesmeric pattern on the mirrored surfaces behind the bar, and the large rectangular form which frames the view. ‘Order is repetition of units. Chaos is multiplicity without rhythm’, said artist M. C. Escher. 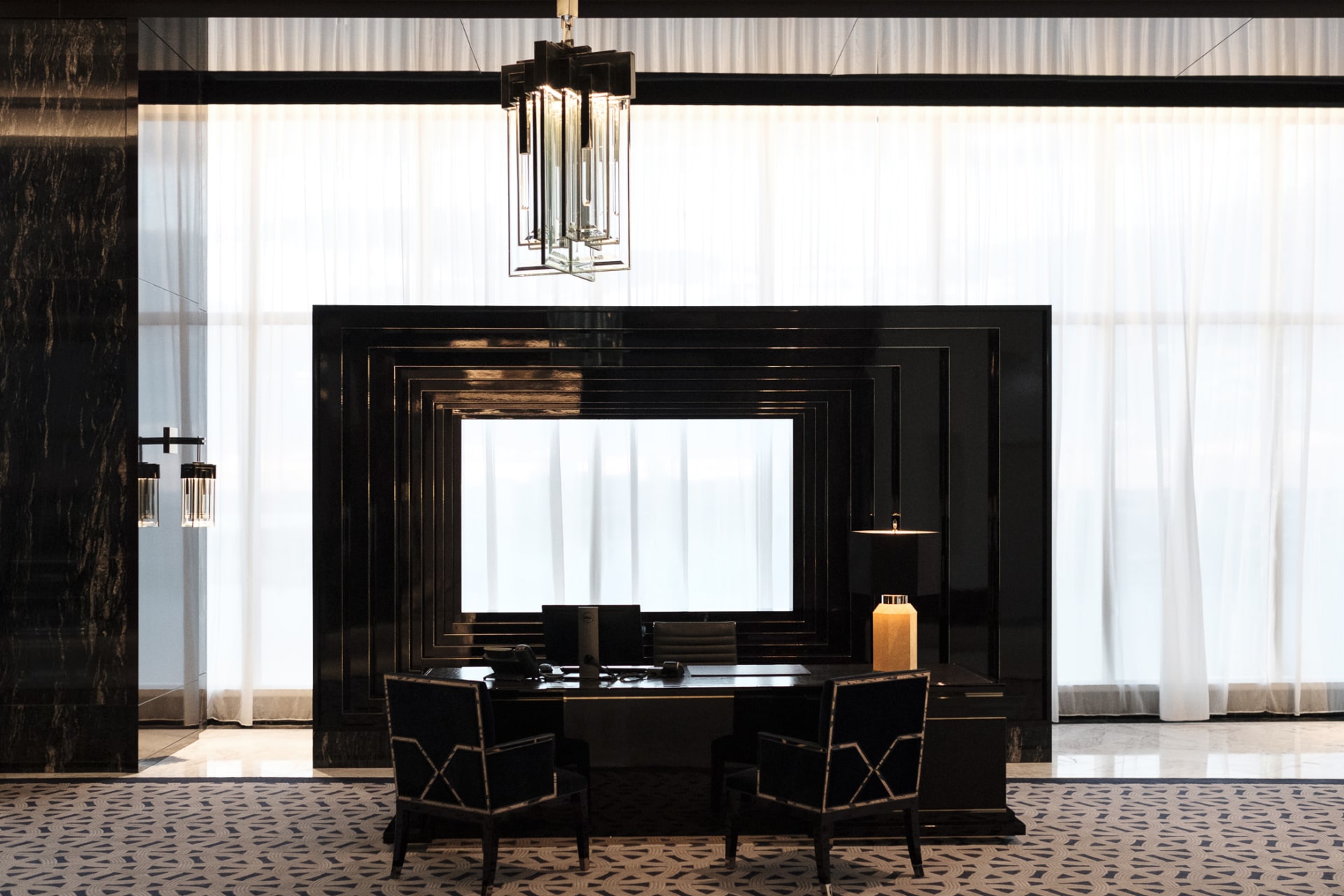 The Chasm Chandelier. A chandelier that recalls the faceted, stepped forms of classic skyscrapers.  Intricacy and regimentation. Planes of beveled glass and beveled prisms are set into a metal frame, which is in turn suspended by a partially covered, heavy duty metal chain.